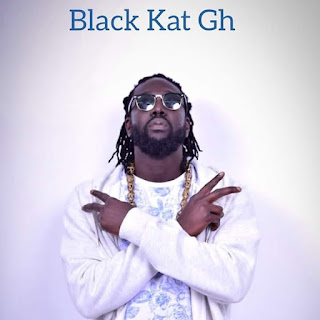 
Attractive writes
“Black Kat GH who has curved a niche for himself and has received several honoraries in the United Kingdom grabbed two nominations in the 2019 edition of Ghana Music Awards London.
Nominated alongside Bolie, Atumpan, and others in the UK based Afrobeat song of the year with his song titled “Kuhaa” and also in Afrobeat Artiste of the year believes he deserves to win both categories.
Chief Executive Officer of Kings and Queens Entertainment Lawrence Dajan,Aka raz king who is patterning with Boom Boom Music group to make the launch a successful one said in an interview that, the world should watch out of a great album with good lyrics featuring different talents.
He also added that, Black Kat GH is a true definition Afro music.
Though the artiste is a Afropop Musician, his album is said to be made up of a variety of genres?