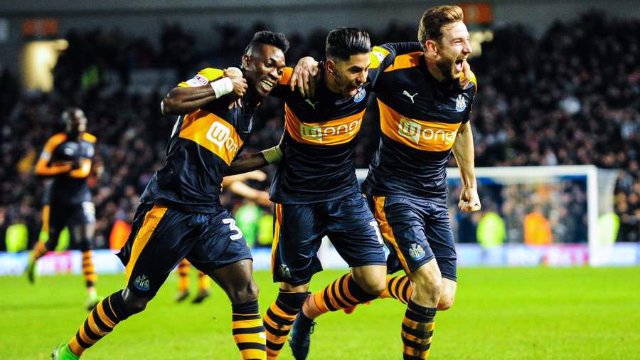 The Black Stars winger was adjudged man of the match in the feisty clash played at the American Express Community Stadium, home of Brighton & Hove Albion.
Newcastle rallied from behind to snatch a dramatic 2-1 victory at Brighton and move back to the top of the Championship with Atsu leading the way, assisting Ayoze Perez’s winning goal and playing huge role in the equaliser scored by Mohammed Diame.

Diame equalised when Christian Atsu’s shot looped up off his boot and then Atsu crossed from the left for substitute Perez, who had only come on seven minutes earlier, to fire home.
The victory moves Newcastle two points above Brighton as they attempt to return to the Premier League at the first time of asking.