Ghana midfielder Emmanuel Agyemang Badu has successfully completed his medicals ahead of his loan deal to Turkish top-flight club Bursaspor on loan.
The powerful midfielder went through blood tests; Orthopedics, internal diseases, eye, ear, nose and throat, lung, cardiac  and radiological checks.
Badu’s official signing ceremony will be held at Özlüce Facilities today to complete the loan deal.
The move ends Badu’s loyalty to the Udine-based outfit after much talk in Ghana about his unwillingness to leave the Serie A side.

The 27-year-old has spent the last seven years in the Italian Serie A which led to complaints about his desire to try other options abroad to further expand and enhance his horizon.

Despite extending his contract and playing regularly for Udinese, the hard tackling midfielder has never hidden his intention to try another league at some point in his career.
The move to Bursaspor will enhance his bank balance as he will earn three times more than what he got at Udinese.
He was a member of Ghana’s World Cup team in Brazil where the Black Stars failed to make it out of the group stage. 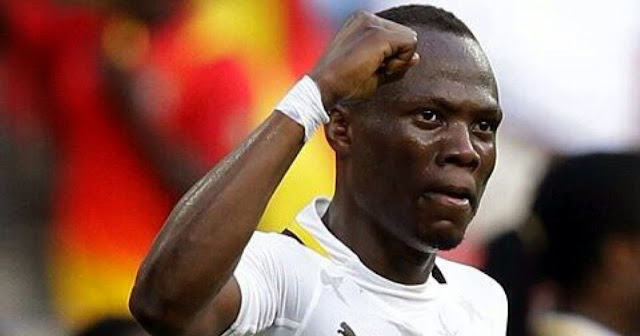 He has 72 caps for his country with 11 goals to his name and was in the team that crashed out of the Africa Cup of Nations at the semi-final stage.

One thought on “SPORTS: Agyemang Badu passes medical at Bursaspor”